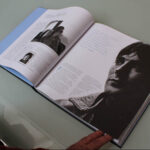 5.0 out of 5 starsVery much a labour of love, so much attention has been devoted to every …

Verified Purchase
“Sets the standard by which all other box sets should be judged, in fact the term ‘box set’ hardly does justice to this ambitious package. Very much a labour of love, so much attention has been devoted to every single aspect – design, the wonderful photographs ( many of which will be seen for the first time), the news cuttings of the day, personal recollections by the people who worked with Chris,memorabilia and last but not least the music itself. Traffic were always greater than the sum of its parts and its difficult to imagine Traffic without Chris Wood’s contributions.
“Although rarely getting songwriting credits particularly in band’s latter years it was his contributions on both flute and sax that made Traffic stand out from the crowd. This is not to disparage the major contributions of Steve Winwood and Jim Capaldi but who can envisage Traffic without those haunting and sometimes ethereal flute and sax solos and textures? Each cd has been carefully sequenced and one can get a full appreciation of his contributions to various sessions by other acts ranging from Island stablemates such as Free, Nick Drake and John Martyn to Ginger Baker’s Airforce and Bobby Whitlock. Huge credit must go to Chris’s sister Steph Wood, Neil Storey and Jayne Gould who are responsible for such a fitting tribute to such a talented and innovative musician who is still sorely missed.”
← Copies of Evening Blue have become available to buy – here

4 Responses to Amazing customer review about Evening Blue on Amazon